The decision of apple to use screens of OLED on the new iPhone 8 shall mean a powerful spurt in the adoption of the system by other manufacturers, as it is clear from a report published by Trendforce. WitsView’s company division suggests that the adoption of screens OLED will reach 50% by 2020.

The forecast made in the above-mentioned report emphasizes what he calls as “Apple effect”, which acts as a call to other suppliers when it embarks on a different technology to that has been used. So happens with known panels OLED that will install the company of Tim Cook on the new model of iPhone that will be released in September.

Usually, Apple is not the first to adopt and use a new technology that is put on the market. What tends to make the multinational is to observe how the product on the market behaves when another company takes and as a aims to bring out a better product later. They prefer to reach the market before the first with guarantees. We have been witnesses to this behavior in all Apple products, from readers of mp3 up to smart watches, sectors in which others have come before, but that Apple has taken the cat to the water with his late strategy.

The same effect can be seen also on a smaller scale. Any element that appears in an Apple product tends to be the same thing that has been seen as a necessity in other competitive products, as for example the dual cameras are already on multiple devices. This strategy keeps Apple in the forefront of the market, not to be the first, but yes for having earned the favor of the public. 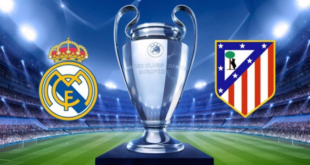