76% of American teenagers used an iPhone 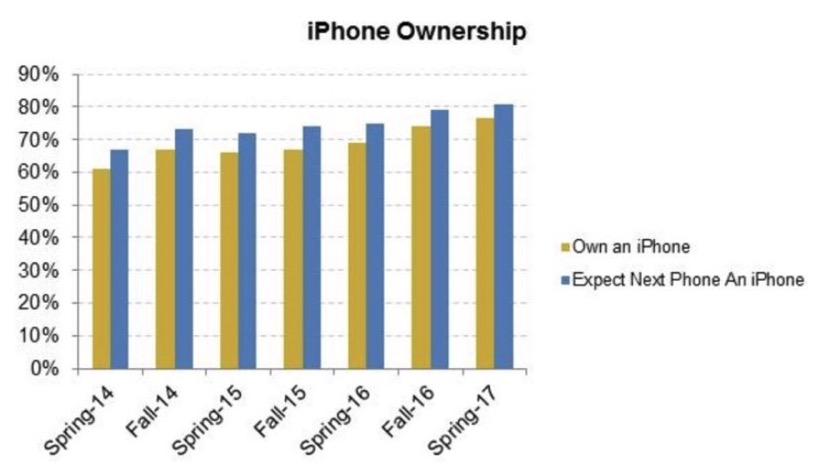 This year, the iPhone is still the most popular smartphone among adolescents American, according to the latest survey of Piper Jaffray, rather than investment firm should not surprising taking into account that the price of the iPhone in the United States is subsidized by carriers, as well as other terminals, but obviously for the same price, American teenagers prefer an iPhone. According to this latest survey 76% of surveyed teens have an iPhone, above the 69% who showed us the same survey conducted in the spring of 2016 and the highest level since the launch of this device to the market.

But as it has increased the number of teenagers with an iPhone, also has increased to 81% the number of teens who aspire to have a terminal how next iPhone, 6 points over a year ago. According to Piper Jaffray this increase in interest is due to the next model of iPhone, which is expected to include a screen OLED, with a screen without just lateral edges, a finish in Crystal, a faster processor and new integrated on-screen start button, Wireless charging…

Practically since the launch of the iPhone 7 are talking about how it could be the iPhone 8 or tenth anniversary, an iPhone awaited by all followers of the company, especially after as the new trend of the market aims at the reduction of frames, whether they are both upper and lower. 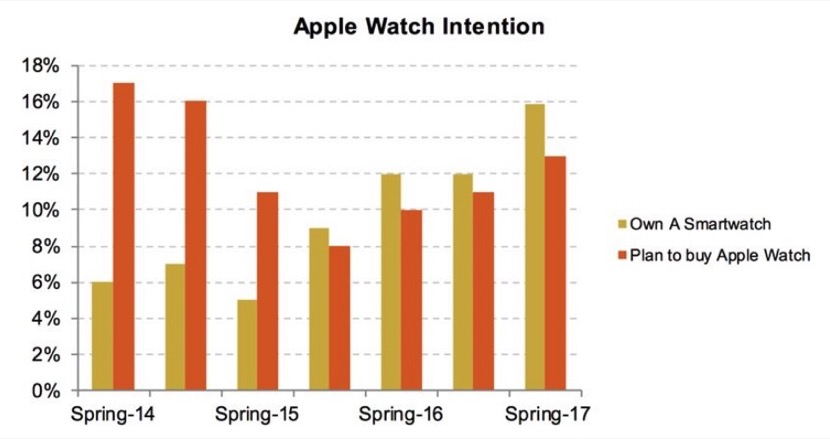 But the iPhone is not the only device that draws the attention of adolescents, since Apple Watch has also seen to increase the percentage of adolescents who have the intention of buying it, past from 6% of the first of the current 9% last year. In this classification of potential buyers, Fitbit is still the King, although in the last year it has fallen by 1%.