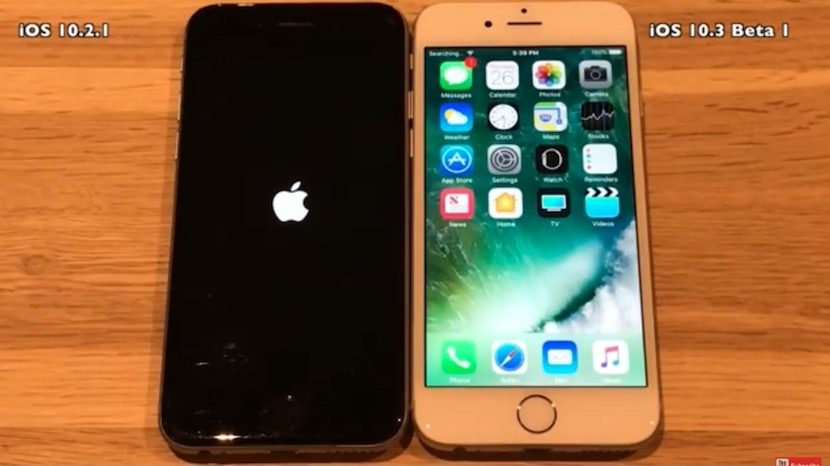 Throughout this week we are about to end, the guys at Cupertino have released the final version of iOS 10.2.1, along with other final versions of the operating systems by Apple. But furthermore also has released the first beta of iOS 10.3, what will be the next great update of iOS, after 10.1 and 10.2. Our colleague Luis Padilla showed you in a video the main innovations that will bring the final version of iOS 10.3 version which is not only available for developers, but Apple also the has included in the program of public betas of iOS, so any user who wants to prove it can do it without any problem.

Aside from the controversy of the batteries, today we offer you a few videos where we can see the performance and speed on 6 iPhone and iPhone with iOS 10.3 6s beta 1 as with iOS 10.2.1, latest version you are currently signing the company for all devices.