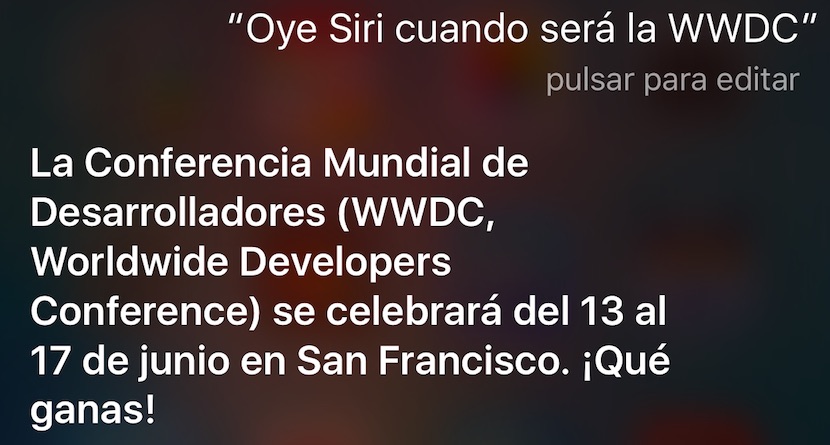 Rumors of iOS 10 will no longer be at the WWDC.

As we approached the WWDC 2016, scheduled from 13 to 17 June, we have more than a few features that are in development. A renovated Apple Music, Apple Pay updates, improvements to the App Store and novelties for the HomeKit, Siri, and Apple News are just a few possible submissions in the event approaching. We will go into detail in some of those future developments that iOS 10:

One of the most requested by users of iOS has been always being able to hide the native applications that brings the default operating system from Apple, but various improvements in their own apps, can make it does not want to hide them. Apple seems to be working on some its News app subscription plan introduced with iOS 9 and which also aims to expand to other countries, not only United States, Australia and United Kingdom.

Phil Schiller, responsible for the App Store, tried on the improvements that were working, related searches and discoveries of new applications. Separately, Apple plans to upgrade the App Store searches possibly with sponsored searches.

In terms of its music streaming service, Apple is developing a new UI, mostly white and black, to the service which already has 13 million subscribers of payment since April, so you probably already exceeds 15 million. At the WWDC will give us updated data of the subscribers.

He has already said that Apple had intentions to Siri in their next OS X Mac and with the recent announcement that Apple plans to have an SDK for Siri in the event of next month, sounds that Siri will be one of the most and best news has IOS 10. Developers can incorporate Siri in their applications, creating a new universe full of possibilities within third-party apps.

The controversy created by the case of unlocking the iPhone from the FBI, has made that Apple is working on a stronger to iCloud encryption and improve the security of the iPhone. Tim Cook mention this fight with the FBI and the WWDC is a good place to show these improvements in the security of their devices.

A system of payment of person to person and an expansion of the service to other countries are the most striking developments in which Apple is working and would be prepared to launch this year. This makes the WWDC is the best place to announce and give more publicity to its mobile payment system that is gradually growing around the world.

On the other hand it is rumored that Apple is interested in incorporating into the Mac, a fingerprint sensor like the iPhone Touch ID.