On March 25, the German city of Cologne will open its second Apple Store 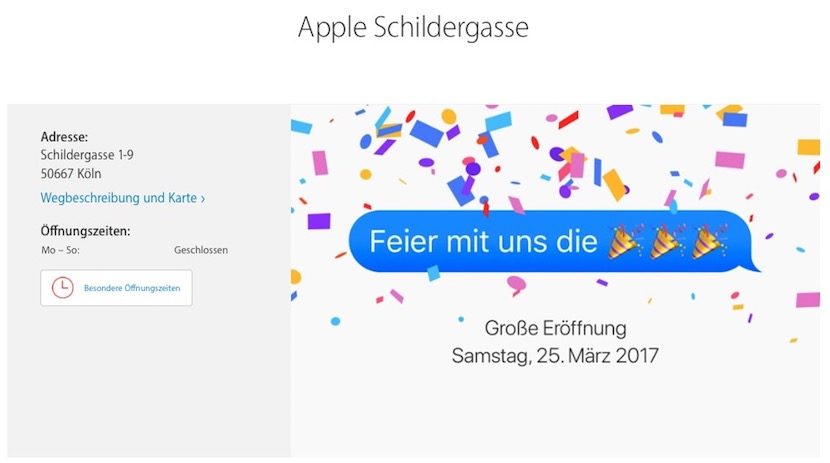 While in some cities in Spain, we are still weighing, and rightly, that Apple should move tab and open one to another Apple Store, the Cupertino-based company is opening new stores worldwide. The latest to be opened is located in the city of Cologne, the fourth largest city in Germany after Berlin, Hamburg and Munich. With this new Apple Store, this city will have two stores of the company are based in Cupertino, has announced Apple Web page. The location of the shop is located in Schildergasse 1-9, one most important commercial areas in Europe and March 25 will be opened.

This announcement through the German Apple Store confirmed rumors that Apple planned to open a new Apple Store in the city, one rumors that began to intensify last January when the store started receiving typical touches of personalization of the Apple Store, a store that had previously been occupied by Pohland clothing store. As we can read on the German website Apfelpage, Apple has begun to transfer part of the Rhein Center store personnel to these new facilities that will become a point of reference in the city.

The name of the street Schildergasse has a history, since derives from Schild, meaning hear, already the artists that lived there in the age Media was known for his paintings in the coats of arms. During the middle ages, Cologne was the most important city of German-speaking with more than 40,000 inhabitants and surrounded by long walls. Currently Street Schildergasse is one most traveled in Europe, and every hour about 13,000 people through this street, which is about 500 meters.