Stolen an Apple Store products worth $24,000 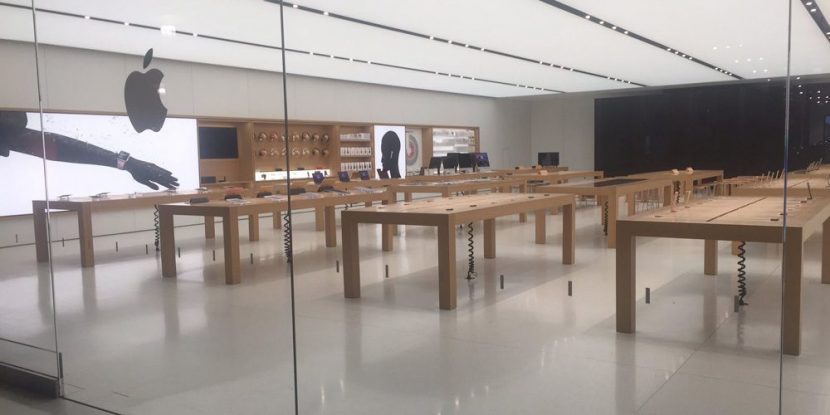 Apple has always been characterized by put the fingertips all your devices at the Apple Stores, so that the potential customer can try them without any impediments. A few months ago, the chain securing devices at the table so that any client can get it, has begun to disappear at some Apple Stores, but not all. According to the ABC News publication, the Apple Store located in Corte Madera, California, has undergone a second robbery in space of a few months. On this occasion, according to the value of all police stolen items climbs to $24,000, including iPhones, iPads and Macs.

At the moment we do not know if this Apple Store located in Corte Madera had begun to implement this measure of confidence among its visitors, but said Police yesterday shortly before 8 pm, closing time of the shop, a five young people close to 20 years of age, entered the Apple Store and were made with 17 iPhone , 3 iPads and 2 Macs. The picture that heads this article is the result showing after the robbery.

As I said above, this is the second robbery that suffers from this store, since last November, it was reported other theft amounting to between 35,000 and 40,000. All devices in the Apple Store stop working once out of the Apple Store, so the only reason for this theft can be to sell them as parts, at least in the case of the iPhone and the iPad. In the case of the Mac is likely thieves if that can give you one more use than sell them as parts.

Previous Mactracker is updated by adding information about the latest models of iPad
Next iMazing, the best alternative to iTunes to manage iPhone, iPad and iPod Touch (iOS devices)