Breaking News
Home / News / IPhone 8 could use a system of charging by induction of Apple, not Energous

IPhone 8 could use a system of charging by induction of Apple, not Energous

One of the latest rumors say that they will come to the next model of iPhone, which currently referred to as iPhone 8, 2017 iPhone or iPhone for the tenth anniversary, is that you can charge wirelessly, i.e., away from the surface or device that generates energy. Initially it was believed that Apple would use technology from Energous, but new information leads us to believe that it will not be so.

The CEO of Energous, Steve Rizzone takes time, ensuring that your company has reached an agreement with “one of the largest electronic companies in world consumption”, which, taking into account that Samsung uses its own technology, led many people to think that that company was which leads Tim Cook, in other words, Apple. But a note for investors of Copperfield Research explains why those of Cupertino will not use a wireless charging solution of Energous WattUp radio frequency. 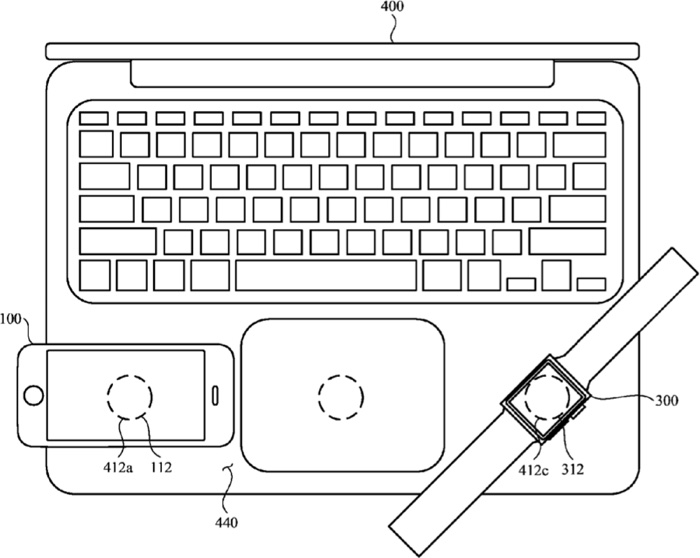 Copperfield Research examined several patents of Apple with respect to the charging by induction that began to present is in 2013. Right now, the number of patents on this technology exceeds the dozen, what seems a symptom of that them of Cupertino plan to use its own system of load by induction for their future projects.

The patent not leave clear what plans to implement Apple, but in an of them can see as Tim Cook and company say that the technology is “very inefficient”, “not practice” and dangerous:

In any case, this type of transfer by radio is very inefficient because only a small part of the energy supplied or radiated, say, that portion in the direction of, and overlapped with the receiver is collected. The vast majority of the energy radiates out in all directions and freely lost in space. So inefficient energy transfer could be acceptable for the transmission of data, but it is not practical to transfer useful amounts of electricity in order to perform the work, such as charge electric devices. […]

In addition, such schemes can pose dangers to objects or people crossing the beam when you are transmitting high or modest amounts of energy.

On the other hand, Copperfield Research also says that Apple has partnered with Lite-On Semiconductor to use Bridge rectifiers, which is used to convert alternating current (AC) current DC, a necessary component for charging by induction, and that would not be necessary if the of Cupertino decided to be based on one module all in one as the Energous.

One of the rumors about the iPhone 8 ensures that Apple will use a glass casing for your next Smartphone, which also makes us think that the terminal will be charged by induction: housing of glass would not be necessary for the Wireless charging, but yes for charging by induction.

Many patents on the load induced by Apple talk about improvements that have been made in Cupertino in this area and give us clues about how would run a system developed largely by the company that Tim Cook directs. According to these patents, a same charger or load surface could charge several devices, such as a table with a coil of integrated charge, a load of desktop or even a desktop computer station or laptop could be used to provide power to an iPhone or iPad. In addition, devices could share power between them, which would mean that an iPad could charge an iPhone or vice versa.

The problem with all of this and what insurance you are thinking many of you is that the charging by induction is not the same that the wireless load which had discussed several rumors. Charging by induction requires us to have a device stood on top of a surface, while the Wireless charging would allow us to charge a device while we have him a safe distance from the transmitter’s power. For this reason, I don’t want to believe me that what will launch Apple with iPhone 8 is a system of charging by induction 2.0. Already years ago that there are devices that use charge induction and, in the absence of seeing what would bring the system of Cupertino, iPhone would later include this function. In any case, we are in January and the iPhone 8, iPhone of 2017 or iPhone of the tenth anniversary is present, if not there are surprises, in September.