When Apple announced Final Cut Pro X a stir was mounted. The company had announced a software that broke completely with his past and even left many features back. The usual editing of video, especially the professional sector, raised his voice and showed their dissatisfaction with the new version. Since then Apple has continued working in the software, adding features that disappeared and generally improving the application.

Now the Cupertino company has announced that Final Cut Pro X is already used by two million users, a spectacular figure for an editing software video advanced and focused, in principle, to a very specific group of users. 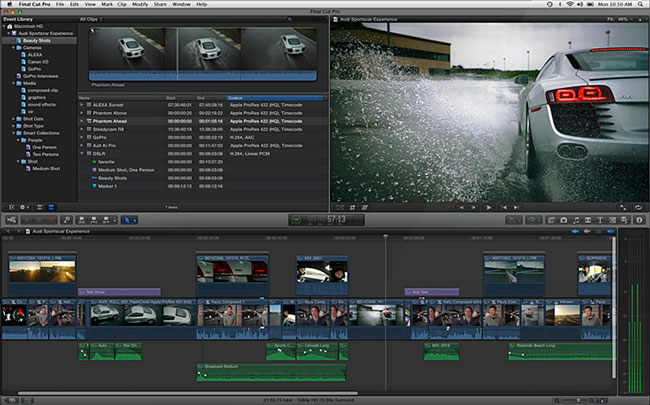 It is certainly a large number of users for software of this type. An application that mounts full movies have been made and which is also used by thousands of people to create less demanding videos such as documentaries, reports of events (weddings, concerts, etc., etc…) and that has also found its place among the generators of content for the Internet (Youtubers, Community Managers and the like).

A good news to see that Apple has get to regain the trust of many users in Final Cut Pro X and it seems that the software is experiencing a very good moment. We hope that this will encourage the company to keep pushing and making the program even better than it already is today.