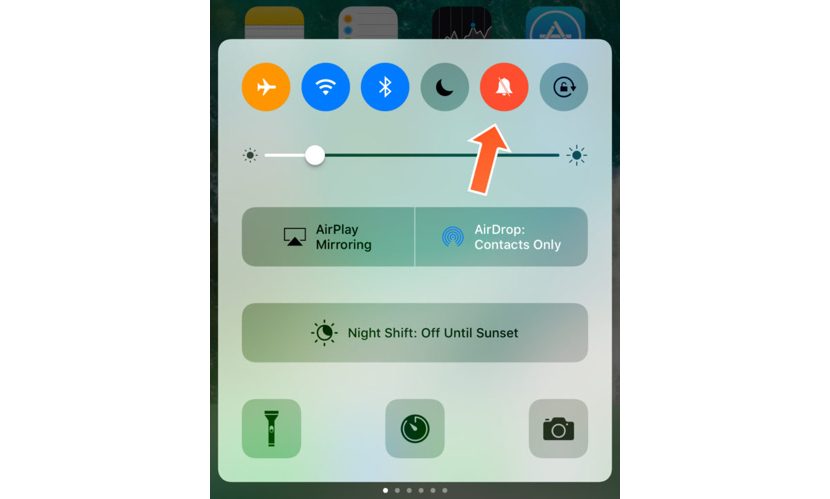 Forms ranging spent the days, are increasingly the new tweaks coming to the alternative app store Cydia store where we can find a large number of tweak to customize our devices. Apple has hidden in the iOS code direct access to the Control Center, shortcuts that allow us to turn on or off quickly some functions or features of the operating system for mobile devices and tablets from Apple. Fortunately the developers of tweaks makes every effort to help us customize our device enabling hidden features or by adding them.

One of the latest tweaks that has come to Cydia is called EnableCCMute, a tweak that shows a new shortcut in the Control Center that allows us to turn on or off the sound of your iPhone or iPod touch quickly, since on the iPad it comes natively. This tweak has been a developer for iKilledAppl3 and is only compatible with all devices managed by any version of iOS 10. If you are a user of iPad, it is likely that you are familiar with this shortcut since it only is available in tablets of the company headquartered in Cupertino.

If it is true that iPhone offers us in his side a switch that we can silence quickly the device, if it has stopped working this tweak can help us re-enable this function quickly. The iPod does not have it, so this tweak can be ideal for all users of the jailbreak on this device. This tweak is available for download for free through the BigBoss repo and works on all devices with iOS installed 10. It does not have configuration options, so nothing else installed to become operational. This tweak is open source, so if anyone want to see how it works just has to go through this developer GitHub page.

Previous We will have new iPad, but they will not come until may or June
Next A security flaw exposes more than 3,400 web sites user data