Breaking News
Home / News / Falcon, a tweak that stands out by itself

Falcon, a tweak that stands out by itself 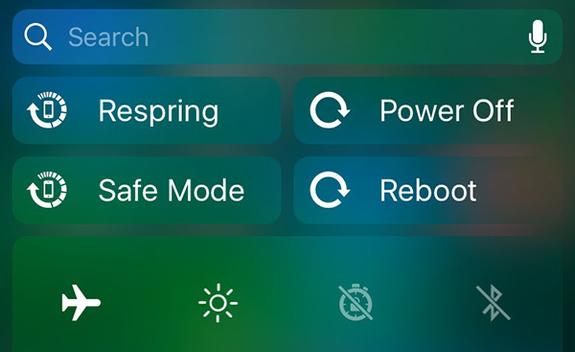 Apple could be working seriously with a goal clear: refine the new operating system iOS 11 to successfully perform its Grand debut on the World Conference of developers of this year (WWDC 2017). However, this boost will not lead to the jailbreak community to stop work on increasing the limits of what it can offer the current operating system of Apple, iOS 10 mobile devices.

With the tweaks which are created and published in Cydia, jailbreak developers are often able to predict what Apple can incorporate the successive versions of their operating systems. There are numerous examples in previous versions of different operating systems of occasions in which Apple has been “inspired” in any of the published tweaks in Jailbreak performed very useful modifications in iOS. In fact, that we now have between hands, Falcon, we have another clear example that Apple should take good note by its great utility. Lets shorten different shortcuts and controlling more elements from the very center of notifications or from own device lock screen.

Falcon is available to be downloaded from the BigBoss repository, via the Jailbreak Cydia store. Falcon has a price of 1.49 dollars. In Exchange for that amount, you can obtain a tweak that makes the lock screen and the Centre of iOS notifications and gives them so many additional features that could save much valuable time. In addition also allows direct access to some things that always need. According to the description, “Falcon is a tweak that improves productivity, since you can create three different right pages, on the page of the lock screen or in the center of notifications. This means that on the lock screen, you can slide to the left or to the right to access any of the added pages, as well as to change the location of the camera and the section today. In the same way can be lots of changes in the Centre of notifications”.

To be more specific, the Falcon power lies in what you can add. Once installed, Falcon takes control on the lock screen and the center of notifications and gives them immediate access to three things, which everyone can imagine the utilities of which people make greater use will be: a Web browser, an application for taking notes and things like that. Access to these things would be as far as touching the screen in a locked iOS device or moving down the center of notifications. Instant access to a web browser, a place to quickly write the things that need to be remembered or, for example, shortcuts such as airplane mode, flashlight, VPN and more. Everything is within a couple of touches of the screen distance at all times… and that can be very useful.

We love the tweaks that make things easier for or faster to access and Falcon gets both of the two qualities. That Yes, the price seems a little high, given that it is only a tweak that need Jailbreak and not an application itself or that can remain on your mobile. The best that can be done is to verify that it will give the corresponding use or that really can do with Falcon what is thinking, before buying the tweak definitely. If you buy this tweak before make sure that it is what you have in mind, the fact that it cost you money could lead you to a disappointment. From here we always recommend that one sure before… loosen the portfolio. The price of the tweak is not high, but it is always best to check it!

Previous Apple releases iOS 10.3 beta 4, macOS 10.12.4 and watchOS 3.2
Next Fourth-generation Apple TV Jailbreak is about to be published