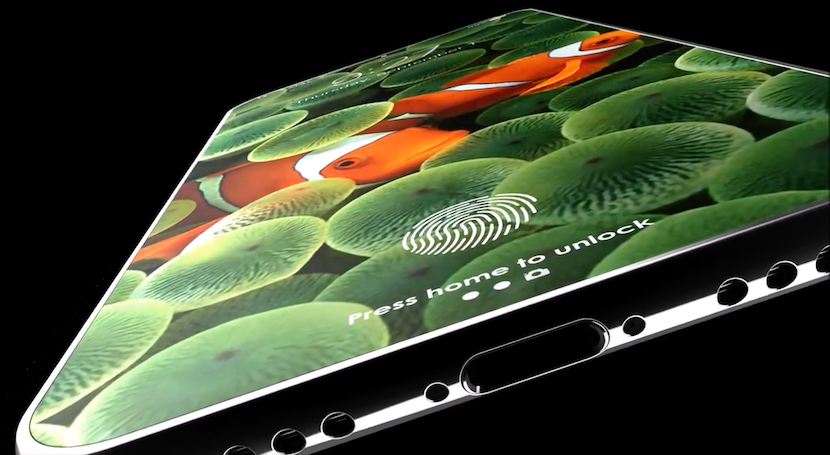 Since last year we are witnessing a real downpour of ideas trying to condense rumors and wishes on what many now refer to as iPhone 8, while its name is not entirely clear because referring to the iPhone that will see the light at the end of this year from 2017.

Some of these concepts of iPhone 8 are more successful than others, or simply, some like more and others like us less. But so we can not complain of not having options, Thiago M Duarte and Ran Avni designers have now launched their particular concept of the iPhone 8 in which we can observe features as a display without frames under which hide elements such as the front-facing camera or fingerprint reader.

8 iPhone that could be

The concept of the iPhone 8 posed by Thiago M Duarte and Ran Avni coincides largely with the series of rumors that predominate in the respect of this future device. In this sense, a terminal almost without frames that shows practically all the front panel is occupied by the screen. In addition, also picks up one of the latest rumors that speak of an ‘invisible’ front camera (although you can clearly see in the center of the screen), would be hidden behind the screen.

This concept of the iPhone 8 shows a terminal made of glass, which would improve the sound system with four speakers, one at each corner of the device, similar to what we have seen on the iPad.

Along with the earlier rumors, in this video we can also observe as a screen OLED deep and intense Black contributes to improve the experience of “full screen”, while the Touch ID esconce behind the screen, front camera, something that still is not clear it will be implemented in the iPhone that Apple launch in 2017.

Finally, the video also proposes an iPhone 8 made in pottery similar to Apple Watch, a possibility which is shuffle, but that does not have too many options.