They still appear iPhone 8 concepts and on this occasion comes in video format thanks to Thiago M. Duarte and Ran Avni, two old acquaintances in this conceptual designs of smartphones from Apple.

The video shows what for them would be the iPhone Edition (one of the names being considered for the iPhone 8) and which coincides in some features with the rumors and leaks in recent weeks; Although not as much as the concept that we showed you yesterday itself. 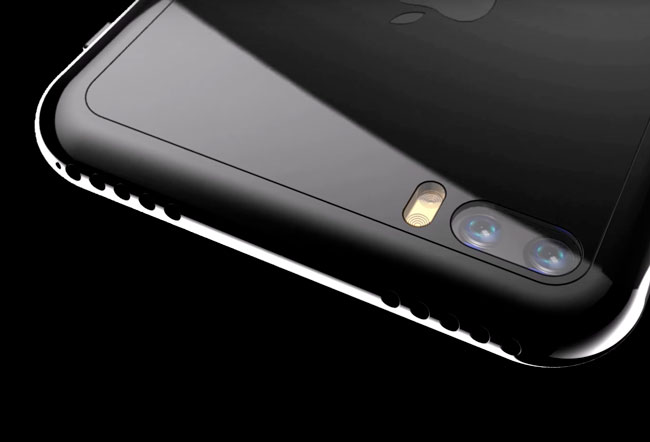 Horizontal dual camera not protruding from the body? Yes according to this concept in the 8 iPhone video

Where do coincide is in the front of the terminal. Duarte and Avni also believe that the next team of Apple will find a screen OLED that you will occupy the whole of the front of the phone; both vertical as horizontal. They also reveal that Touch ID would be integrated into the screen itself and also the front-facing camera; Although this last doubt to be integration that makes the company, since it would be pretty annoying to use the terminal with a slot in the middle of the screen where the FaceTime camera would be hosted.

The back of the concept differs from the majority of rumors that we’ve heard the last few weeks. The concept shown a dual horizontal camera and today everyone seems to agree that iPhone 8 be mounted vertical dual camera. In addition, the horizontal camera raised it does not protrude from the body of the device, no doubt something that we much would become reality, but that does not seem likely that it will happen.

Here you can see the conceptual design in video:

The last feature that shows this concept video of the iPhone 8 is a four-speaker system. Apple already integrated them into the iPad Pro and this pair of conceptual designers believe that the future smartphone could also include them, to improve significantly the quality of audio device.

How about this new concept? Do you think that the iPhone Edition (or iPhone 8) could be something in this line? We cannot deny that design show is nice, but if we listen to rumors it seems that Apple has in mind other different plans.

Previous Pangu leaves us to look askance at the Jailbreak for iOS 10.3 and 10.3.1
Next Apple goes further, micro-LED for Apple Watch and iPhone screens