A report from Counterpoint Research has revealed that the last month of the year has proved to be exceptional for Apple and devastating for Samsung. For the first time, Apple exceeded its eternal rival in number of sales of smartphones, having sold more iPhones in this period than the total of the sum of the sales of all models of Samsung Galaxy range. Winds of change or ill passenger?

Thus stands as the main distributor of smartphones worldwide, a position caused by the huge disaster in the marketing of the last ship launched by the Korean company, Galaxy Note 7, that it had to be withdrawn from the market due to a problem with its battery. However, is expected that these figures be in the next months, a time finished the campaign Christmas that so good results usually throw to them of Cupertino. 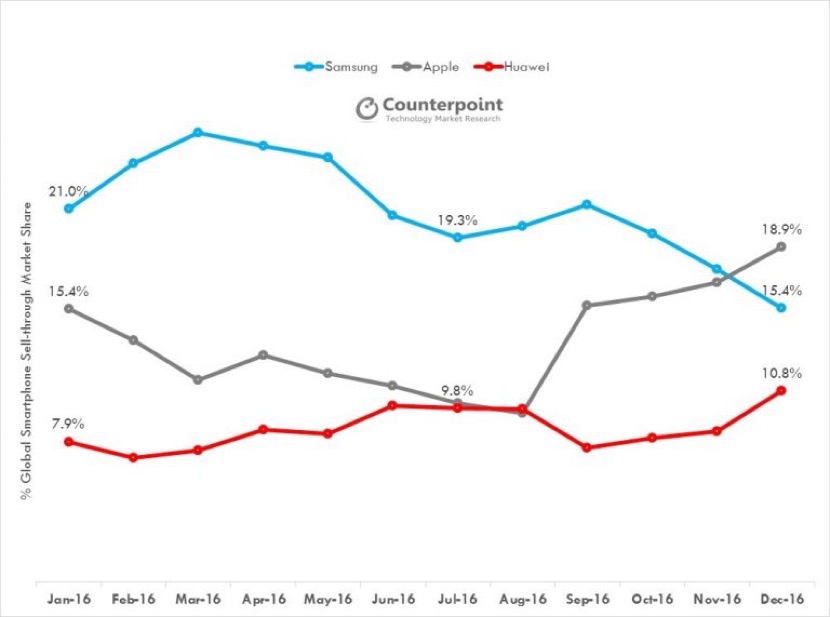