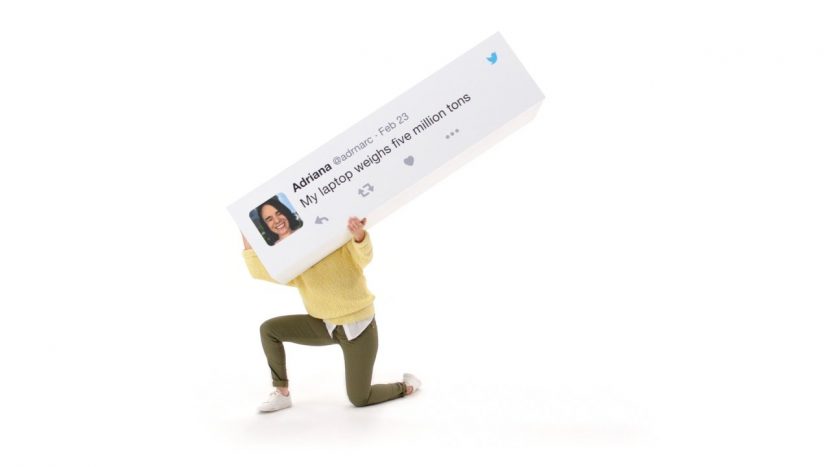 Since last February, the guys at Cupertino are publishing a series of ads based on experiences of users of Twitter, where the advantages of the iPad Pro compared to laptops, although they are not mentioned at any time are, but if referred to the problems that have always suffered this type of devices. According to Apple all the problems that we can find in every day with a computer or laptop, are quickly solved if we spent to make use of an iPad Pro in any of its two versions. Apple has once again expanded the campaign by adding three new 15-second ads.

In the first video entitled My laptop weighs five million tons… compares the lightness that offers us the iPad Pro with a laptop, since thanks to the iPad we can make without any troubleshooting spreadsheets with Excel or PowerPoint presentations, just as you would on a computer.

In All your school stuff, user complains when you have to leave your room of student. But thanks to the iPad Pro, where we can have all our textbooks, is a much more simple and quick task that will allow us to study in any other place.

In this latest video, All day battery, shows the discomfort involved for users in the run out of battery in the middle of flight, something which does not happen if instead of using a notebook us accustomed to use an iPad Pro.

These ads are curious because in many of them is made special emphasis on the problems that notebooks, whether MacBook or PC, tend to offer in every day from many users. Obviously are headed to all those who continue to make use of a laptop to perform the same tasks that can make perfectly on an iPad, either the normal or the Pro version. For which works in every day with computers, an iPad Pro may never a replacement for a laptop, at least until iOS does not offer us more versatility.

Previous Twitter user names are not already discounted 140 characters
Next 8 iPhone could be available in September, but would be very difficult to achieve