Apple opens its accelerator applications in the India 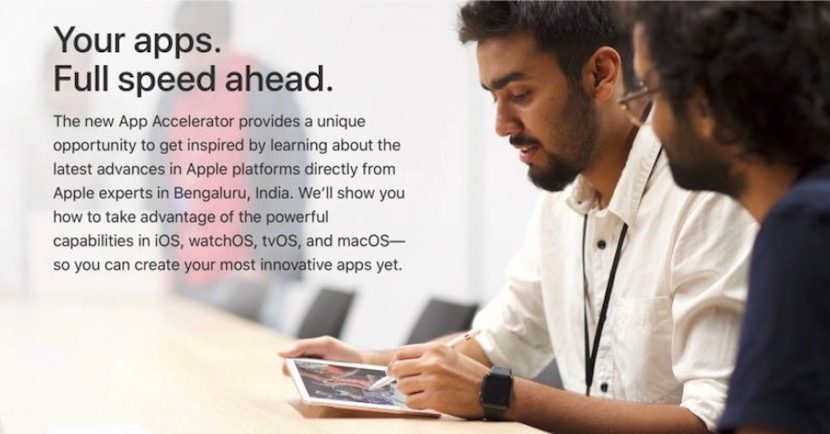 In his eagerness to be able to offer their products directly in the market, Apple has been forced to make large investments in the India, among which are several r & d centers and a accelerator applications. In addition also has been forced to start making some of its devices in the country, thanks to an agreement he reached with Foxconn to make responsible for doing so, a process that will begin the month that comes with the iPhone production, as I reported a few days ago. The application Accelerator located in Bangalore has just reopened, thus confirming the growing investment of Apple in a country with much potential economic 1,200 million inhabitants.

In this Center meetings with developers will be created to solve any kind of problems, inspire them and solve questions that may have in the development and in addition to showing all the possibilities offered by iOS. This Centre is the first of its kind that opens across the country, a centre that Apple wants to expand the community of developers, but nounicamente in the India, but also in neighbouring countries. These facilities do not focus only on the operating system iOS since they will also give support to the community of developers committed to tvOS, macOS and watchOS.

In the words of Phil Shiller, Vice President of worldwide marketing for Apple:

We are impressed by the great entrepreneurial spirit in the India, and we are happy to provide a platform for these developers to share their innovations with customers around the world.

The opening of this Center plans were announced last may, in one of the countless trips that Tim Cook has been forced to make to the country to try to start to open its first stores in the country.

Previous Apple confirms the solution of mass calling 911 with iOS 10.3
Next The application of riddles Blyss, is the free app of the week