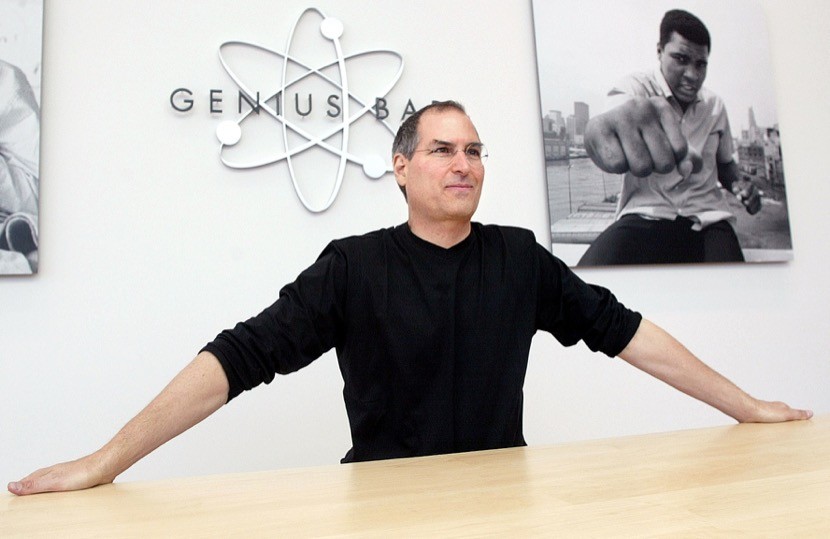 For those we have Apple time and all those who know the history of the company that was created by Steve Jobs and Steve Wozniak, there are two very clear points that we know: the vision of Jobs and bad character. In final Woz and the rest of the team at Apple, always or almost always did what Jobs I wanted and it was clear in the case of Wozniak had the role of “second Board” until he got tired and went. We all know that in addition to a visionary genius and great negotiator, Jobs had a too strong-willed and sometimes it would take him at ends badly seen by the rest of the team, which had to “sell very well something” to this sagged, as in the case of the Genius Bar.

The Genius Bar were a bad idea — for Jobs said soft – since its users did not have why know nothing about technology or have computer skills to use its products, so it was clear it would be something that is necessary from the outset that its head of sales at that time, Ron Johnson, suggested him this place at Apple stores. Jobs understood the work of technicians as people unable to explain in an understandable way a user operation of the equipment and did not believe in its operation. The thoughts of Jobs changed when Ron made him understand that he was not speaking to the engineers at the Genius Bar and older Apple technicians and with “less hand” to explain to the user, was talking about new generations of adolescents who had grown up with technology and this jobs definitely convinced him to such an extent that became immediately available to patent the brand Genius Bar.

After 16 years since the implementation of the Genius Bar at Apple stores, we realize the good work that did in his day Ron Johnson by convincing the same Steve Jobs, about the good thing would be to have this technical section for the user in its stores.