Last week leaked to several manufacturing schemes that seemed to belong to the next Apple smartphone design and has now released a model that lets us see what iPhone 8 manufactured in glass and stainless with screen from edge to edge without hardly bezels. 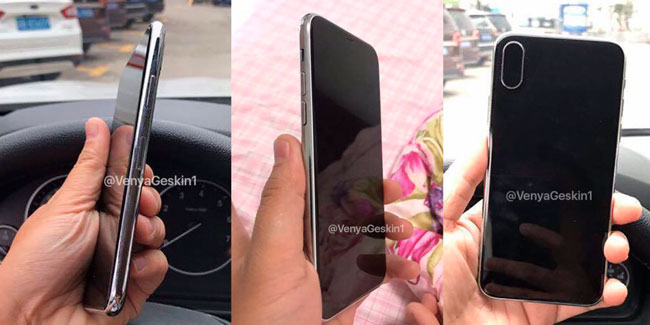 Could be the iPhone 8 according to filtered schemes

In the last few weeks have been plenty of rumors about what the next iPhone, but now it appears that the number of candidates has been reduced to two and with a single element as main difference: Touch ID. According to some sources, Apple would opt for placing the fingerprint sensor integrated in the screen itself, while other sources believe that manufacturing problems will force the company to put it in the back of the device.

Mock-up photos has made following the theory that Touch ID would be integrated into the screen of the device, by which the part rear device has only vertical dual camera slot. In this case also has with the logo of the company, something that we do not believe happen if finally the design of the device that reaches the street is similar to the one of this model.

How about the design of this model of iPhone 8? Do you think that Apple bet on a design in this line or they will be surprised with something different?

Previous A reddish tint on the screen of the Samsung Galaxy S8 revives the controversy of Super AMOLED panel
Next Smart PDF Scanner, free for a limited time