32-bit applications will not function in iOS 11

Sure that any of you have any application installed on your device, application that shows a message with the performance problems that may affect our system. The latest version of iOS brings together in one place, all such applications, applications have not been adapted to the 64-bit processors. But it seems that this new section has its days numbered, since the arrival of iOS 11 with all applications that have not been adapted to the 64-bit processors will stop working, by which will be deleted from the App Store, as I reported a few days ago.

This could affect more than 200,000 applications. The same developers have already received a number of emails from Apple so that they adapt whether their applications under the threat of its withdrawal, but it seems that not even so these have been batteries.  With the arrival of iOS 10.3 users began receiving a notice in which it is reported that the developer must update the application so that it continues to work in future versions of iOS. 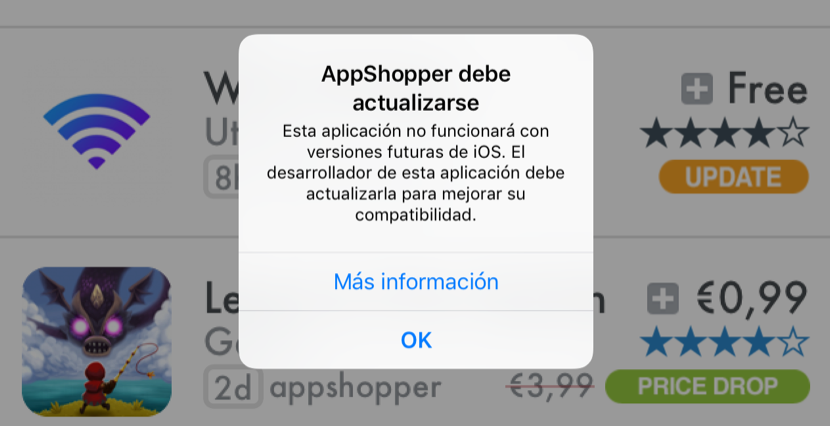 Before the release of iOS 10.3, Apple showed a message to run applications which reported that developer had to upgrade the application to improve its compatibility. Apple began offering support for applications in 64-bit with the launch of iPhone 5s in September 2013. From February 2015 all applications that would like to be in the App Store should be compatible with 64-bit, whereas it was in June of 2015 when began to demand that the updates already include support for 64-bit. As we see Apple has put on your part, but developers seem to are not very for the work.

Apple began to take seriously the issue of 32-bit with the release of iOS 9 applications, constantly sending reminders to developers so that they adapt them in addition to notify users of poor performance that may have applications running in 64-bit devices, something that I’ve never finished to understand, as if the developer were to make case to Apple and users which is who really has the Pan by the handle.