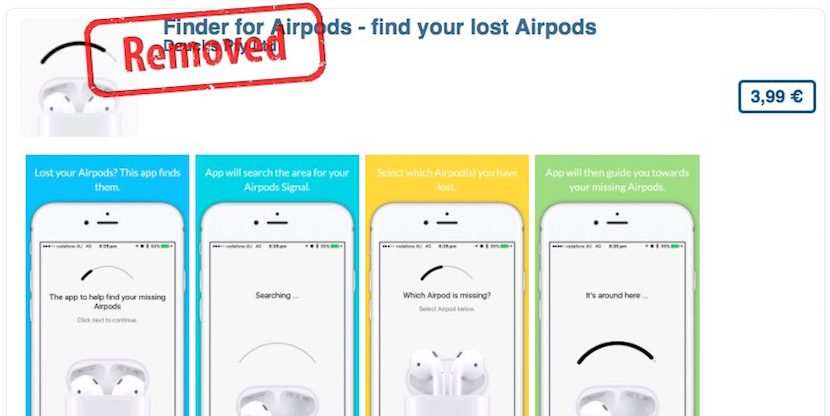 On more than one occasion have seen as the performance of the people responsible for reviewing the applications coming to the App Store, often show different criteria when it comes to accepting or rejecting applications. It is not the first time that they accept an application to subsequently remove it for failing to meet the established standards. The latter who has suffered the misinterpretation of the supervisors of the App Store is the application of which I spoke a few days Finder for AirPods, an application that allows us to find our AirPods in a restricted area, where we know that we have lost it, using the same bluetooth.

Once it has been the withdrawal of the application, the developer has received an email in which we inform you that “your application is not appropriate for the App Store”.  The Cupertino-based company has not offered or will offer more information in this regard. Perhaps because not wants that them users can recover their AirPods (if us put to think wrong) or because the idea of power offer this service not has come out of them minds thinking of their engineers. Or perhaps have the idea in the future offer a similar service, although we do not know how I would do it.